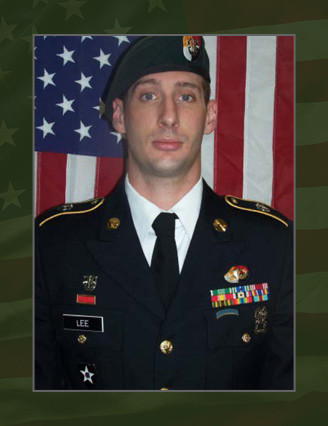 He was assigned to Company C, 2nd Battalion, 3rd Special Forces Group (Airborne), Fort Bragg, N.C., and was deployed in support of Operation Enduring Freedom. He previously deployed to Iraq, and this was his first deployment to Afghanistan.

Lee enlisted as an infantryman in the U.S. Army in October 2007, completing his initial entry training at Fort Benning, Ga. His first assignment was with the 2nd Squadron, 1st Cavalry Regiment, at Fort Lewis, Wash. While serving as a scout with the 1st Cav. Reg., Lee deployed to Operation Iraqi Freedom in 2009. Upon his return, Lee volunteered for Special Forces Assessment and Selection.

Lee started his Special Forces training in March 2011 and earned his Green Beret in 2012 when he graduated as a Special Forces communication sergeant. He arrived to the 2nd Bn., 3rd SFG (A), in August 2013 and was assigned to Company C and deployed shortly after in support of Operation Enduring Freedom-Afghanistan.
Lee’s military education includes Basic Combat Training, the Basic Airborne Course, the Warrior Leader’s Course, the Advanced Leader’s Course, the Survival, Evasion, Resistance and Escape Course, and the Special Forces Qualification Course.

He is survived by his wife, child and parents.