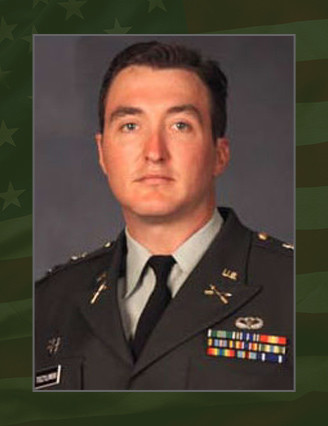 Maj. Jeffrey P. Toczylowski, 30, a Special Forces detachment commander assigned to 1st Battalion, 10th Special Forces Group (Airborne) at Panzer Kaserne, Germany, died Nov. 3, 2005, while in hostile enemy territory in the Al Anbar province, Iraq. He was seriously injured as a result of a fall from a helicopter during a combat infiltration. Toczylowski was airlifted to a military treatment facility, where he was pronounced dead.

A native of Upper Moreland, Pa., Toczylowski was commissioned as a second lieutenant in 1995 through the Reserve Officer Training Corps program at Valley Forge Military College in Valley Forge, Pa.

He later earned a bachelor’s degree in criminal justice from Texas A&M University, Kingsville, Texas in 1997.

Later that year, Toczylowski began his first assignment as a platoon leader with the 554th Military Police Company in Vaihingen, Germany. His two years with the company included a deployment to Bosnia in support of Task Force Eagle.

In 2000, he began a nearly three-year stint as a force protection officer at Special Operations Command Europe in Stuttgart, Germany.

Toczylowski attended the Special Forces Qualification Course in 2003 and was assigned that year to 1st Bn., 10th SFG, as an SF detachment commander, where he served until his death.