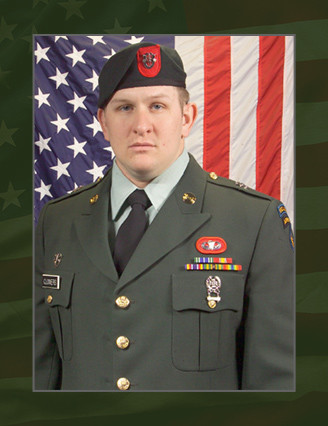 Clowers, 27, was a Special Forces communications sergeant assigned to ODA 741, Company A, 2nd Bn., 7th SFG(A), Fort Bragg, NC. Clowers, of Lebanon, Va., enlisted as an infantryman in June 2004. He served as an infantryman at Fort Benning, Ga., upon his enlistment until 2006. He later attended the Special Forces Qualification Course, graduating in 2006 and was assigned as a communications sergeant with Co A, 2/7th SFG (A). He had recently begun his first tour of duty in Afghanistan with Co A, 2/7 th SFG(A) in support of Operation Enduring Freedom (OEF).

He is survived by his wife, Katherine, son Jesse, and daughter Danielle of Fayetteville, N.C.; mother Joyce of Roanoke, Va.; and sister Angela of Herndon, Va.