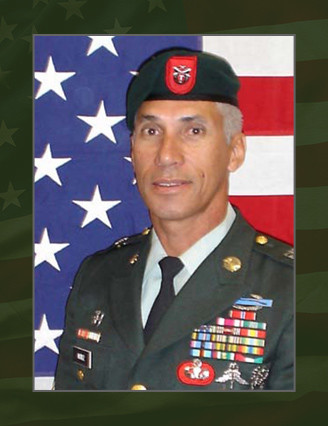 He died Jan. 2, 2005, after he was fatally wounded while conducting offensive operations in Shindand, Afghanistan. During the combat action, Munoz was struck by enemy small arms fire and died of his wounds during his medical evacuation.

Munoz entered the Army in February 1986 as an automated logistical specialist. He graduated from the Special Forces Qualification Course in 1990 and was assigned to the 3rd Special Forces Group (Airborne) and soon after deployed in support of operations Desert Shield and Desert Storm. In 1994, he deployed to Haiti for 7 months in support of Operation Uphold Democracy. In 1999, he was assigned to the U.S. Army Parachute Team, the Golden Knights. He completed over 300 static line and 4,000 free fall parachute jumps. He returned to the Special Forces community in 2002, serving with the 7th SFG.

Munoz is survived by his wife, Gisela, and his daughter, Dalia.