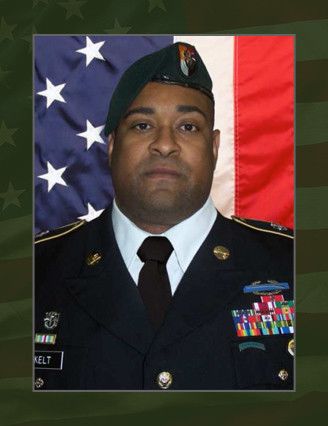 Skelt enlisted in the U.S. Army in October 1990 as a signal support systems specialist. He completed initial entry training at Fort Jackson, S.C., followed by advanced individual training at Fort Gordon, Ga. He went on to serve at several duty stations in the United States and overseas.

In 2005, he graduated from the Special Forces Qualification Course as a Special Forces engineer sergeant and was assigned to Co. A, 2nd Bn., 3rd SFG (A), deploying with them twice to Afghanistan and once to Yemen.
Skelt went on to serve at the U.S. Army John F. Kennedy Special Warfare Center and School and the 1st Special Warfare Training Group (A), Fort Bragg. Upon successfully completing those assignments, he was recently reassigned to 3rd SFG (A).

He is survived by his wife and two sons, his parents, a brother and two sisters.