The Athena Scholarship & Grant is part of the Foundation's relentless commitment to supporting the aspirations and career goals of Special Forces spouses. 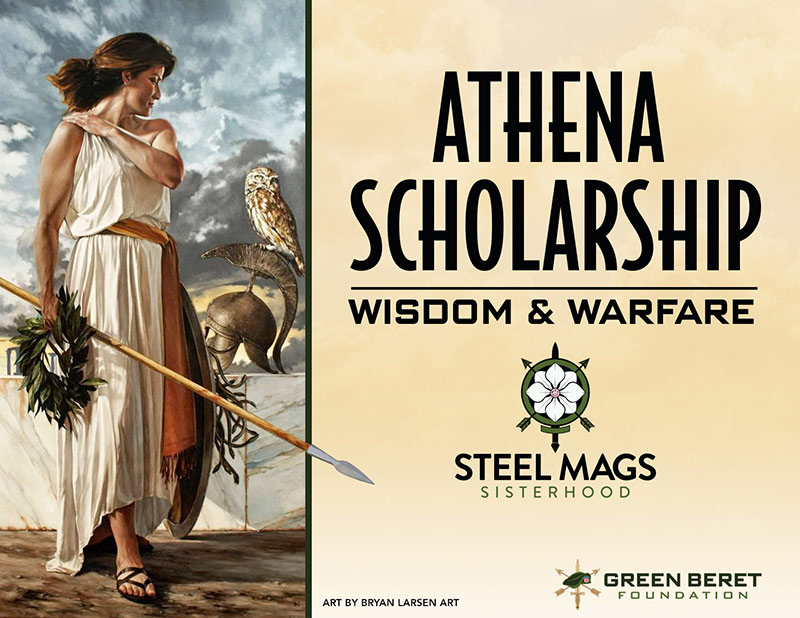 It is the Green Beret Foundation’s relentless commitment to the Special Forces Regiment and its families that makes this all possible through our continuing initiative to educate, engage, and empower Special Forces spouses nationwide. It is for this reason the Foundation has created the Athena Scholarship.

Applications will be accepted April 1st through June 1st and the winners will be announced in early July.

The Green Beret Foundation has not forgotten about those spouses whose career goals do not involve obtaining a college degree, and for this reason, we have also created the Athena Grant to cover the costs of vocational programs, exams, and professional development courses. This grant will also provide the financial support to transfer professional licenses from state to state, due to the spouses moving across the country
supporting their husband’s careers.

The Athena Grant will be accepting applications year-round as the need arises.