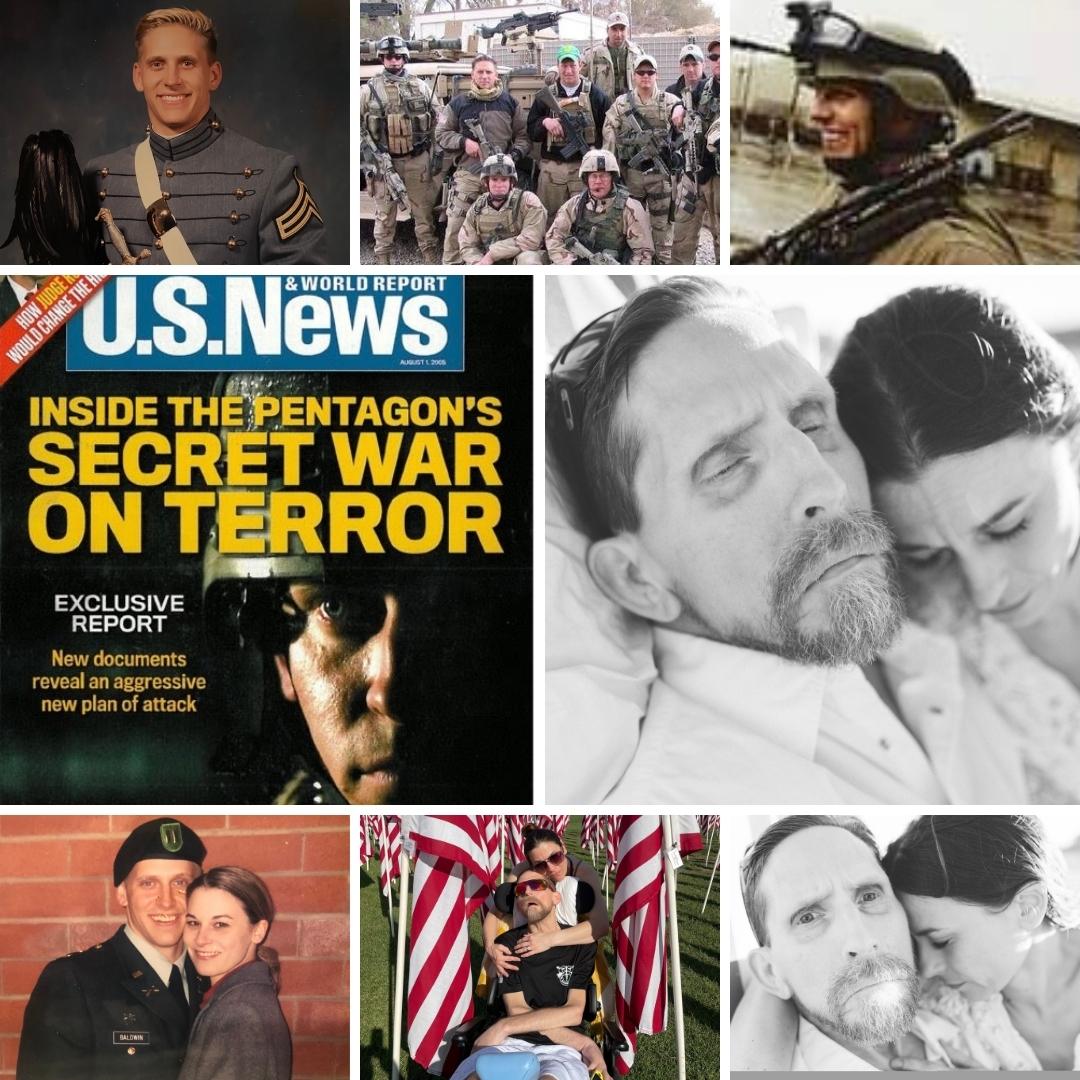 The long-term health of a Green Beret’s mind, body, and spirit are of the utmost importance to the Green Beret Foundation. A Special Forces soldier’s family is their first and most important support. We realize this and provide advocacy, strength, and a sense of direction through the services we offer to meet the needs of the entire family. By establishing the MAJ(R) Darren Baldwin Silver Star Families Support Fund, we honor MAJ(R) Baldwin’s life and legacy by providing relentless and unwavering support for US Army Special Forces Silver Star Families.

Darren Ryan Baldwin was born in Chicago, IL and raised in Worthington, OH. He graduated from Worthington Kilbourne High School in 1993 and went on to graduate from The United States Military Academy in 1998.

His first assignment was as a Field Artillery Officer to Giessen, Germany during which he was sent into combat in Kosovo as part of Task Force Falcon. Following his deployment, Darren continued his military training in the Special Forces Officer Qualification School in Fort Bragg, NC and was selected to serve in the US Army Special Forces in 2003.

Darren was assigned to Operational Detachment Alpha 061, 2nd Battalion, 10th Special Forces Group (Airborne) when he completed three deployments in Iraq as part of Operation Iraqi Freedom. He experienced his traumatic brain injuries in 2005 while on his second deployment to Iraq. He returned to Iraq for his third deployment in January 2006. Following his last deployment to Iraq, Darren went on to serve as aide de camp to the U.S. Army Special Forces commanding general at Fort Bragg, NC. During his tour of service there, he traveled to many countries, meeting and working with many great personnel. His final assignment before being medically retired was Commander of Detachment East, Alpha Co., Special Activities Training Bn. at Fort Bragg, NC.

The result of his undiagnosed traumatic brain injuries caused irreversible neurotrauma, which then deteriorated his daily life making it very difficult to walk, care for himself, and maintain work responsibilities. Darren passed away peacefully on December 23rd, 2021 with his loving and devoted wife, Bianca, at his side.