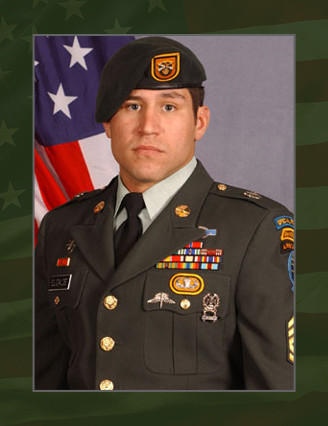 Elizalde was born in Calif., in 1977. After initially entering military service in 1996, he was assigned as an infantryman with 3 rd Bn., 325 th Airborne Infantry Regiment (AIR) at Fort Bragg. He later served as a Long Range Surveillance Detachment team leader with Company D, 519 th Military Intelligence Battalion, 82 nd Airborne Division.

In 2004, he was selected to attend the Special Forces Qualification Course at Fort Bragg to become a Special Forces engineer. He earned the coveted “Green Beret’ in 2005 and was assigned to the 1 st SFG(A) at Fort Lewis, Wash., in Mar 2006.