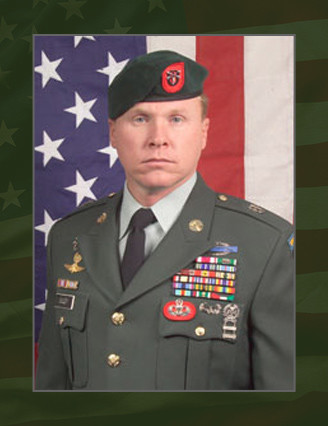 Lilley, a native of Smithfield, Pa., enlisted as an infantryman in 1990. His first assignment was with the 101st Airborne Division (Air Assault) where he served in Operation Desert Shield and Desert Storm. He then transferred to 1st Battalion (Airborne), 508th Infantry Regiment, 173rd Infantry Brigade, Camp Ederle, Italy in September 1992, where he served for just over two years. In 1995, he volunteered to become a Special Forces Soldier.

Lilley graduated from the Special Forces Qualification Course in 1996 and was assigned 1st Bn., 7th SFG, as a Special Forces engineer sergeant. In 2000, after serving four years in 7th SFG, he was assigned to the 96th Civil Affairs Battalion at Fort Bragg, N.C., where he served as an engineer sergeant and then first sergeant. In August 2005, Lilley was assigned to 2nd Bn., 7th SFG and served there as an Operational Detachment – Alpha team sergeant until his death.