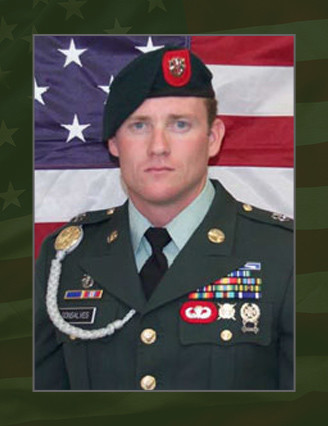 A native of Turlock, Calif., Gonsalves enlisted in July 1996 as an infantryman.

His first assignment was with 1st Battalion, 18th Infantry Regiment at Conn Barracks near Schweinfurt, Germany where he served for four years.

Gonsalves attended the Special Forces Qualification Course in 2000 and was assigned in November 2001 to 3rd Battalion, 7th SFG (A), as a weapons sergeant, where he served until his death.

He is survived by his wife, Julie, and three sons, Cody, Blake and Dylan of Spring Lake, N.C. His parents, Larry and Marsha Gonsalves, of Turlock, Calif, also survive him.