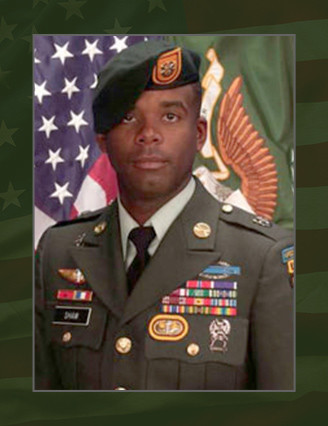 Shaw was assigned to 3rd Battalion, 1st Special Forces Group (Airborne), Joint Base Lewis-McChord, Wash. and was deployed in support of Operation Enduring Freedom-Philippines. This was his second deployment in support of OEF-P.

Shaw enlisted in the U.S. Army reserve Nov. 22, 1994, while attending Texas Southern University in Houston on a track and field scholarship. In May 1995, he decided to join the active-duty Army as a forward observer.

Upon completion of basic training, advanced individual training, and the U.S. Army Airborne School, Shaw was assigned as a fire support specialist to 2nd Bn., 75th Ranger Regiment at Joint Base Lewis-McChord, Wash.

He was posthumously awarded the Bronze Star Medal, the Purple Heart, the Meritorious Service Medal and the Combat Infantryman Badge.