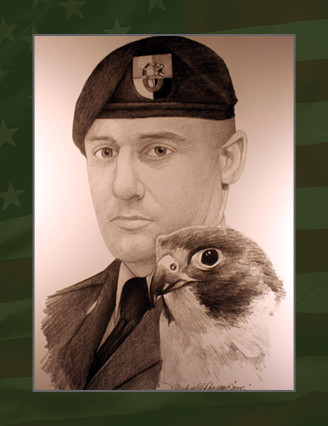 Falkel died during combat operations near Kandahar, Afghanistan Aug. 8, 2005, while he was deployed in support of Operation Enduring Freedom.

Upon graduation, Falkel was assigned to the 3rd SFG (A), Fort Bragg, N. C. While there, he attended multiple tactical courses to include the Special Operations Target Interdiction Course, the Special Forces Advanced Reconnaissance, Target Analysis and Exploitation Techniques Course. He deployed to Afghanistan in February 2004 and served there until July 2004. In June 2005, he deployed once again to Afghanistan with his team where he served until his death.

His parents, Jeffery and Dianne Falkel, and brother, Tim, of Highlands Ranch, Colo., survive him.