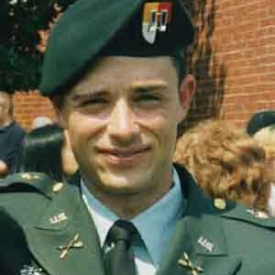 He was killed in Afghanistan on May 29, 2004 when his vehicle hit an improvised explosive device near Kandahar.

Eggers was a native of Cape Coral, Fla., and was commissioned in May 1997 after graduation from The Citadel Military College of South Carolina where he majored in history. Following a deployment to Afghanistan in March 2003 with the 3rd SFG, he was assigned to Company A as a detachment commander.

Eggers is survived by his wife, Rebecca, and their children John, 6, and William, 3. His parents, William and Margaret Eggers of Cape Coral, Fla., also survive him.