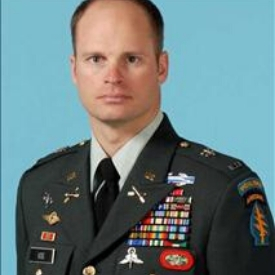 Vose, 38, was killed by intense direct small arms fire while deployed to Afghanistan in support of Operation Enduring Freedom as a member of the International Security Assistance Forces (ISAF) – Afghanistan.

Vose, born in Roseburg, Ore., enlisted in April 1989 as a 19D, Transportation Soldier. He later attended the Special Forces Qualification Course, graduating in 1999 as an 18E, Communications NCO and was assigned to 3rd Bn., 10th SFG (A). He was reassigned to 1st Bn. in March 2002 and in 2006, he completed the Warrant Officer Basic Course, returning to 1st Bn. in Germany.