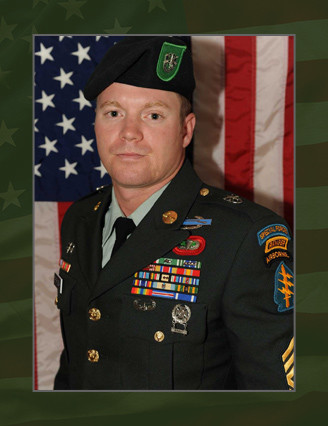 Sgt. 1st Class Duane A. Thornsbury died from injuries as a result of a non-hostile vehicle rollover during a combat mission in Baghdad, Iraq, Sept. 12, 2009. He was medically evacuated to the 10th Combat Support Hospital in Baghdad where he was pronounced dead.

Thornsbury, a native of Clinton, Md., grew up in Bridgeport, W. Va., enlisted in the U.S. Army Reserves April 1996 as a 92Y, Supply Specialist and came onto active duty service September 2002. He later attended the Special Forces Qualification Course, earning his Green Beret in 2006, as a Weapons Sergeant.

Thornsbury is survived by his brother Dana of Marysville, Pa.