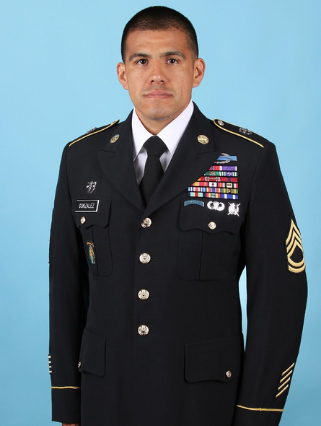 Gonzalez, a native of La Puente, Ca., and served 17 years in the military. He completed the Special Forces Qualification Course and was assigned to 1st Bn., 7th SFG (A), in 2014 as a Special Forces engineer sergeant.