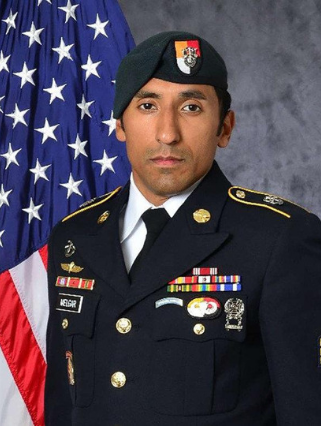 A native of Lubbock, Texas, Melgar enlisted in the U.S. Army in January 2012 as a Special Forces candidate. He began his Special Forces training in 2013. After completing the Special Forces Qualification and Special Forces Engineer courses, he was assigned to 3rd Special Forces Group (Airborne). He completed two deployments to Afghanistan as an engineer sergeant in support of the War on Terror.