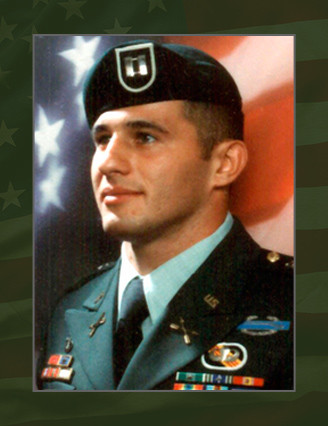 He was fatally wounded in action on Aug. 12, 2004 in Najaf, Iraq when his unit came under small arms fire and grenade attack.
He entered the Army in July of 1996 as an infantry officer and completed the Special Forces Qualifications Course at the U.S. Army John F. Kennedy Special Warfare Center and School, Fort Bragg, N.C., in 2001. He then moved to his first assignment as a detachment commander in Company C, 1st Battalion, 5th SFG. He has deployed in support of the Global War on Terrorism to both Afghanistan and Iraq.

Tarlavsky is survived by his wife Tricia and their 10 month-old son, Joseph Michael, both of Clarksville, Tennessee.