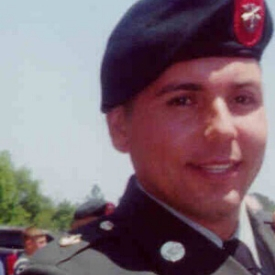 He was killed in action during an ambush in Geresk, Afghanistan on March 29, 2003. His unit was deployed to Afghanistan in support of Operation Enduring Freedom.

In November 2002, Morales completed the Special Forces Qualification Course and was assigned to Co. A, 2nd Bn., 7th SFG.

Morales is survived by his wife, Maria, and one daughter, Angelina.