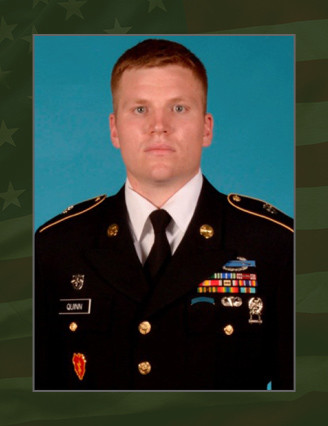 Quinn was born in Delaware and claimed Quarryville, Pa., as his home of record. He enlisted as an infantryman in the U.S. Army in July 2006. Upon completion of his initial training, he was assigned to 1st Battalion, 5th Infantry Regiment at Fort Wainwright, Alaska. He continued his service with 1st Battalion, 35th Armor Regiment at Fort Bliss, Texas. Quinn completed a combat deployment to Iraq from September 2008 to August 2009.

He is survived by his wife and their three sons.