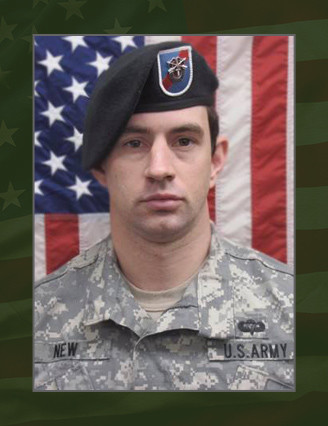 New joined the Army in August of 2003 as a health care specialist. While on active duty he served with Headquarters, 75th Ranger Regiment, Ft. Benning, Ga, until leaving active service in 2005.

He was posthumously promoted to Staff Sergeant.

He is survived by his parents and his sister.