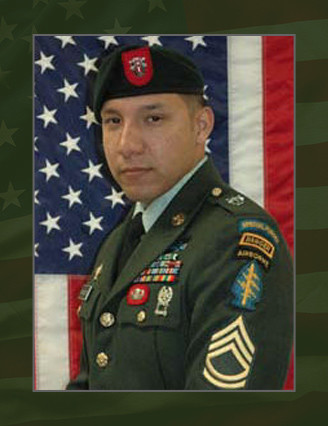 He was killed in action while supporting Operation Enduring Freedom on June 10, 2005 in the vicinity of Orgun-e, Afghanistan serving as a member of the Quick Reaction Force responding to enemy contact reports from another patrol.

He arrived at Fort Bragg to the 1st Special Warfare Training Group (Airborne) in September 1999 to begin the intense training it would take for him to become a Special Forces weapons sergeant.

Cervantes was assigned to 7th SFG in August 2000.

His parents, Fidel and Nisla of Stockton, Calif., and sister, Elizabeth of California survive him.