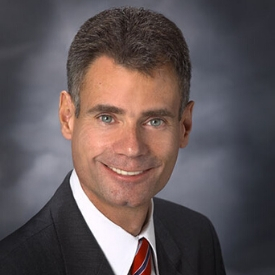 Andrew Bray is an attorney with Vernis & Bowling, in Miami, Florida.  He has been practicing law in Florida since 2004, and previously was in private practice in Hartford, Connecticut.    Andrew graduated magna cum laude from the University of Connecticut in 1988 and went on to obtain his law degree from the University of Connecticut School of Law in 1991. Originally admitted in Connecticut, he was later admitted to the Florida Bar in 2004. He is also admitted to the U.S. District Courts for Connecticut and the Southern District of Florida. While in Connecticut he was associated with the firm of Regnier, Taylor, Curran & Eddy.

Andrew has significant trial experience. He has tried numerous matters to jury verdict in both Florida and Connecticut courts. While practicing in Connecticut, Andrew argued successfully before the Connecticut Supreme Court and before the Appellate Court.

Andrew has also lectured and published extensively in the field. He regularly presents seminars on behalf of the National Business Institute. Seminars he has presented include: “Effective Civil Motion Practice;” “Premises Liability: Preparation and Trial of a Difficult Case;” “Adjusting the Automobile Injury Claim; “The Basics of Civil Trial Practice and Procedure” and “Litigation Case Management Techniques for Paralegals”. His portion of that continuing education seminar I was selected for inclusion in a manual published, red for paralegals by the Institute. Andrew has been approved as an instructor for continuing education courses (CE/CLE) by both Florida and Texas.

Andrew has also assisted his clients in the investigation and defense of suspected fraud claims (SIU) in the auto and property context.  He recently assisted a client with a claim involving a tractor trailer load of electronics that was stolen while being transferred from one cargo plane to another at the Miami International Airport.