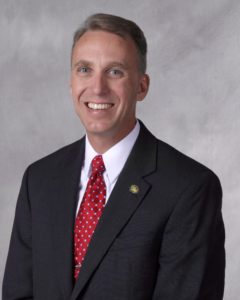 Chad Williams, a graduate of Ohio University, served in Special Forces for 25 years with the majority of career spent with 2nd Battalion/19th Special Forces Group. Throughout his military career Chad held a multitude of positions to include ODA Team Member, Team Sergeant, Company Sergeant Major, and Battalion Operations Sergeant Major. Like most members of the Special Operations community, Chad deployed several times.  Some of the more notable deployments were with Kosovo 2000-2001, Afghanistan 2001-2002, Iraq 2006 and Afghanistan in 2009.  Following an assignment at USSOCOM-JSOU, Chad retired from the military in October 2015.

In addition to having a career in the military, Chad served with the Columbus, Ohio Division of Police for twenty-one years before retiring in 2016. During his time with C.P.D., Chad served as a Patrol Officer, Instructor and as a Homicide Detective.

Chad currently is the Managing Member of OSS International Security Consultants and is the Co-Owner of F.G.S. Custom Firearms.

Chad currently resides in Delaware, OH with his wife Lyndell and their two children Zach and Ana. Chad is most proud of his family. He met Lyndell in 1987 while stationed at Ft. Myer, VA and they have been together ever since.  Lyndell is continuing to serve the SF community as a Steel Mag.