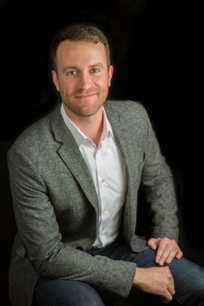 A 2005 graduate of the Virginia Military Institute, Danny served nine years in the US Army where most of that time was served as a Special Forces Officer in the 7th Special Forces Group. During that time, he completed three combat deployments – where he received praise from General Petraeus during a testimony to Congress on the progress being made in rural Afghanistan – and one deployment to Central America, where he served in an advisory role to the US Embassy in Honduras.

After leaving the military, Danny joined General Electric in their Military Officer Transition Initiative (MOTI), where he spent 2.5 years rotating through multiple Sales & Marketing roles designed to groom future business leaders. He graduated from Rice University in 2017 with an MBA from the Jones School of Business, and in an effort to maximize his Post 9/11 GI Bill, is now pursuing a Master of Science in Technology Commercialization at the University of Texas’ McCombs School of Business.

In early 2017, Danny left General Electric to co-found a Search Fund called NextGen Succession Partners. A Search Fund is a path to entrepreneurship that allows Danny to purchase a business and assume ownership. After finding and acquiring the right business, Danny will assume the role of CEO or President and take over the day-to-day operation of the business, allowing the previous owner a quick path to retirement. Although he has ultimately had a successful transition and has finally found his Next Ridgeline, he stumbled during the first phase of his transition. He attributes this to three reasons:

1) Unrealistic Expectations: As a Green Beret, you’re constantly reminded how great and special you are. You’ve accomplished things that many never will, and you should be proud of that. You’re told that you can find a six-figure job outside of the Army without even looking for one. In some cases, that may be true, but it’s very rare. In fact, from my experience, most hiring managers don’t have a clue what a Green Beret is, let alone the level of vetting the military has completed for you to wear the headgear. Part of this is because – as a community – we prefer the Quiet Professional approach, but in the world of business, you’ll have to learn to openly discuss why you’re different. More importantly, you’ll have to do it in a language others understand. Finding a job is a full-time job, even for the most qualified Green Berets.

2) Lack of Identity: For a long time after their transition, many struggle with the fact that they are no longer a Green Beret. That’s a big chunk of your life, and it’s what you knew best. However, if you’re still telling people about your military accomplishments a year after you’ve transitioned, then you haven’t found your Next Ridgeline. A year into your transition, you should be discussing what you’ve accomplished for the new organization you’re a part of, or discussing the steps you’ve taken to put you on the Next Ridgeline. For Danny, he chose to go to graduate school while working in order to improve his opportunities. He had no idea what his next step was, but he was determined to find it. You should always be proud of what you accomplished as a Green Beret, but plan to find other ways to distinguish yourself from your peers after your transition.

3) Failure to Conduct Leader’s Recon: The most significant failure Danny made during his transition is that he thought he could do it on his own. He thought he was independent enough that he could figure it out on his own. And for the most part, he did. However, if he had been less prideful and had chosen to reach out to organizations like the Green Beret Foundation sooner, he would have had a much shorter and much smoother transition. He lacked any mentors, and he chose to transition on his own without knowing what it looked like for the people before him. Because of his own stumbles, he tries to connect with as many transitioning military members as possible in hopes they can learn from his own mistakes and have a smoother transition than he did. Don’t just talk to the people who will tell you the things you’re looking to hear; individual experiences vary, so talk to as many people as possible.