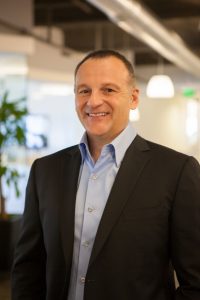 Frank Monestere has served as President and Chief Operating Officer of LegalZoom since 2002, where he helped grow the business from a small startup with 12 employees into the country’s largest online legal solutions provider for families, entrepreneurs, and small business owners.  Today LegalZoom has over 800 employees with offices in Los Angeles, Mountain View, Austin, and the UK. Prior to joining LegalZoom, Frank was a management consultant (2000-2002), and assisted clients in executing technology-focused business initiatives for such clients as Comcast and Time Warner Cable. Before that, he served as a U.S. Army Infantry Officer in the 82nd Airborne Division and as a Detachment Commander in 3rd Special Forces Group (Green Berets) with deployments to Bosnia and Sub-Saharan Africa.

As an angel investor, Frank enjoys assisting promising early stage e-commerce companies with a focus on veteran owned businesses.  In addition, he is active in a variety of veteran assistance programs, to include serving on the Board of Advisors to the Special Forces Charitable Trust.

Frank holds a B.S. in International Relations from the United States Military Academy at West Point, and received his M.B.A. from Harvard Business School, where he focused on operations strategy and management.  He is also an active member in the Pacific Council on International Policy and the Young Presidents Organization (YPO).

Currently Frank resides in Los Angeles along with his wife and two daughters.