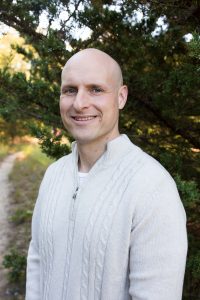 Kevin was born and raised in Stillwater, a small town in upstate New York. He went to La Salle Institute – an all boys, Catholic, military high school in Troy, New York. Upon graduation, he attended Union College in Schenectady, New York where he majored in Political Science and minored in Mandarin Chinese and East Asian Studies. He was also the captain of the football team and president of his fraternity.

Kevin enlisted in the Army after college graduation, and after two years of intense training in the John F. Kennedy Special Warfare Center (Special Forces Qualification Course), he earned the Green Beret. In April of 2009 he was assigned to the 1st Special Forces Group (Airborne) at Fort Lewis, Washington.  He deployed twice to Afghanistan and participated in Joint Combined Exercise Training (JCET) in the Philippines and Thailand.

During his second Afghanistan deployment, on September 25, 2011, Kevin suffered a gunshot wound to the lower abdomen. This marked the beginning of a long and painful journey.  He sustained a fractured hip, lost 20% of his colon, and suffered a damaged femoral nerve, resulting in permanent disability. After six surgeries, thousands of hours of physical therapy and over 40 inches of scars, his health is progressing rapidly.

Kevin has been married to his college sweetheart and soul-mate Kim since 2008. They have two beautiful daughters named Lilah and Everly. In the spring of 2016, Kevin completed dual masters degrees from the MIT Sloan School of Management (MBA) and the Harvard Kennedy School of Government (MPA). Currently, he is the Director of Strategic Projects for Threat Stack, a Boston-based cyber-security firm.