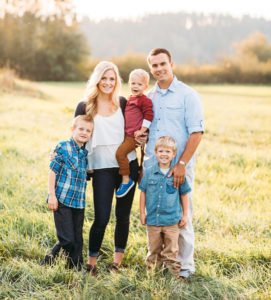 MSG RICHARD HASS, has been in the Army since 2005 after enlisting at age 19 as a 18X.  After Graduating the Special Forces Qualification Course in 2007 he was assigned to Ft Lewis, WA with 1st Special Forces Group (Airborne) and served there until 2010 when he was selected to instruct future Green Beret trainees at Fort Bragg, NC. It was in NC in 2012 that he was first introduced to the GBF and its many good works in the lives of Green Berets and their families.

Upon PCS’ing back to Ft Lewis in 2013, Rich took a more active role in identifying Green Berets with needs beyond the reach of normal care and treatments as well as educating commanders and senior leaders in support the GBF can offer. Rich firmly believes in the mission of the GBF and strives to help his “brothers” in whatever situation they may encounter.

Rich is married to his beautiful Steel Mag Julia, and together they have three boys Owen, Luke, and Wyatt.