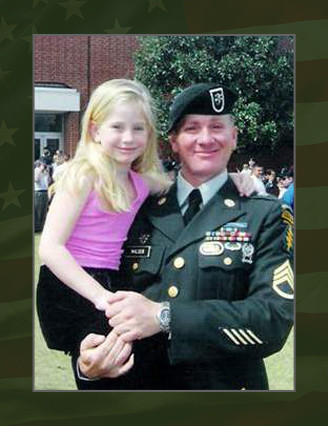 Walden, 40, was a Special Forces weapons sergeant assigned to ODA 535, C Company, 1st Battalion, 5th Special Forces Group (Airborne), Fort Campbell, Ky. Walden, of Fort Walton Beach, Fla. enlisted as an infantryman in February 1987. He served as an infantryman in Hawaii from 1987 to 1992. He then served with 2nd Brigade, 327th Infantry Regiment at Fort Campbell, Ky. until 1997. After a year with 1st Brigade, 505th Infantry Regiment, Fort Bragg, N.C., Walden attended the Special Forces Qualification Course, graduating in October 2000. He arrived at Fort Campbell November 20, 2000 and was assigned as a weapons sergeant with C Co, 1/5th SFG (A). While serving with C Co, 1/5th SFG (A), he spent one tour of duty in Afghanistan in support of Operation Enduring Freedom (OEF) and had recently begun his fourth tour of duty in Iraq in support of Operation Iraqi Freedom (OIF).

He is survived by his wife, Autumn and daughter, Alexandria both of Dover, Pa.