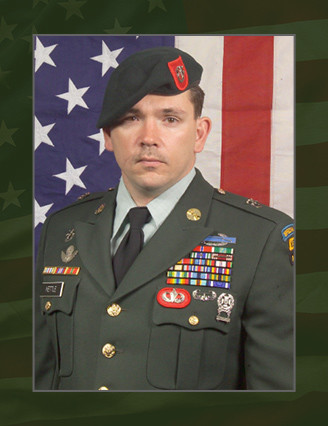 Kettle, of Texas City, TX, enlisted as an infantryman in September 1993. He served as an infantryman in Hawaii in 1994. He then served with the 1 st Bn., 503 rd Airborne Infantry at Caserma Ederle, Italy in 1995. After serving six years at Fort Benning, Ga., in various positions Kettle was assigned to here to 3rd Bn., 505th Parachute Infantry Regiment, 82 nd Airborne Division. He attended the Special Forces Qualification Course, graduating in 2006 and was assigned as an engineer sergeant with A Co, 2/7th SFG (A).

He is survived by his wife, Brandi, and sons Jeffrey and Logan of Raeford, NC; and parents Ronald and Cynthia of League City, Texas.