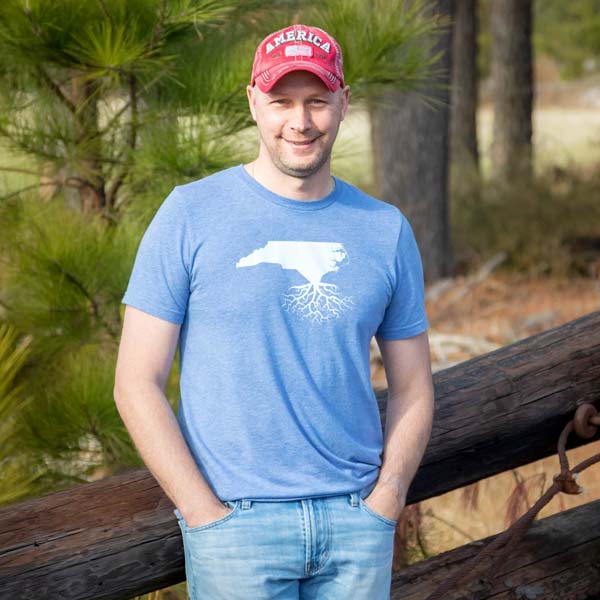 When it comes time for transition, each servicemember’s journey unfolds differently. There is no one set path; no pre-charted course to success. As unique as each individual’s transition experience will be, there are lessons to be learned from each of their stories. At the Green Beret Foundation, we believe that in addition to the financial support, programs, and services that we provide, education is an equally important resource to offer our community. As such, in the coming months, we will be profiling the transition journeys of various Green Berets in order to spotlight the successes, failures, and lessons learned. It is our hope that this knowledge will help our future transitioning brothers chart their own courses to success beyond the battlefield.

Jamie Tilke spent over 24 years in the Army before transitioning out to found his business, Pineland Express, providing full service, executive-level accommodations at or below premium rates for active duty service members on TDY in Fayetteville, NC (with plans for future expansion). He spent 3 years as 11B (infantry) in 3rd BN, 75th Ranger Regiment, 8 years in Special Forces as 18E (Communications Sergeant), and 9 years in Special Forces as 180A (SF Warrant Officer). He now resides in Fayetteville with his wife and five children. Here is his story.

The Army wasn’t always my plan. I grew up in upstate New York, and in high school, I wanted to be a Rockstar. I moved to Florida to make that happen, but clearly, it didn’t work out. After watching Rambo, I enlisted in the Army and went right to Ranger Battalion. I did a short stint with military intelligence (who had been offering a bonus to learn Chinese), tried out for Special Forces in 2001, got selected, made it through the course, and the rest was history. I thought I’d stay in for 30 years, but some events transpired that made me realize it was time to exit and start something new. That’s what led me back to Fayetteville, and to founding Pineland Express.

My transition story began with an epiphany that led me to realize I would be capable of providing for my family by building a business in the civilian sphere. It had always been my intention to stay in the Army for 30 years, but around the 24-year mark, an opportunity arose for me to go to Malaysia and do what would classify as diplomatic work at strategic levels with State Department officials. I was fortunate at the time to have a Commander who said, “SOF’s relationship with our diplomatic colleagues in Malaysia has been sour for a long time. I think that we have an opportunity to get back in there, but it has to be the right person, and I believe you can make that happen.” I went, and 3 months turned into 6, and then a year.

What I learned from this experience—and I’m grateful for having the type of leadership above me who enabled it to happen—was that I had been significantly underestimating my abilities in a number of areas. That was the epiphany: if I can effectively work relationships between a United States Ambassador to a country, a Two Star General Command, and a forward deployed Battalion Commander, then why am I not also building something for myself? For my family? I realized that if I was capable of doing something this significant to help the nation, there was no reason I couldn’t also apply that same level of focus and capability to embark on new opportunities, with the long-term goal of building generational wealth for my children.

I had always harbored a desire to work on houses, but never a specific ambition to match that passion. While I was in Malaysia, I would often do side trips; one of them was to Hawaii. Lying there watching HGTV in my hotel one day, everything came together in my mind at that moment. I picked up the phone, called my sister, and said, “I know what I’m good at, and I know what you’re good at. Let’s just do this.”

That’s where the idea for Pineland Express was born. After 15 years of traveling all around the world and staying in all manner of accommodations, I had a vision of what was missing in our market. I wanted to provide the same level of five-star, executive-level accommodations and customer service that I had found in the best places abroad, for the soldier right here in Fayetteville—at or below premium rate, while giving back 5% of proceeds to military charities (including the Green Beret Foundation).

It was not an easy choice to decide to transition when I did. When the Malaysia trip was finished, I was riding a wave of success, and had subsequent opportunities open up to me that I had wanted my whole career. I was offered things that I had been wanting to do for 20 years—but for me, I knew that it was time to focus on my family.

I was fortunate to have leadership in my chain of command who supported me in this process. They have respected my time in the service and afforded me the latitude that was necessary to simultaneously move forward as active duty military while also becoming active in real estate, building a business, and trying to be a husband and father.

This is key for every transitioning Special Forces brother to understand: it is not selfish to get out and serve yourself and your family. I think that guys grapple with this every day. There comes a point in everyone’s life where it is time to ask, “Where am I headed? What have I done? And how does this impact me and everyone around me?” It is normal to ask yourself, “Is it selfish to focus on serving my family and myself after serving my country?”

The reality is that there is no place in the business world that is going to feel exactly like Special Forces. Special Forces is a brotherhood; a team of people you respect. Things in the team room get very raw; there’s a purpose, camaraderie, and support system that we all benefit from while we’re in. We get used to putting the mission above ourselves. It’s a critical part of our job in Special Forces, but it is nearly impossible to duplicate this in the civilian world.

Transitioning with purpose takes serious reflection. Clarity gives purpose; with purpose, you find your passions. Your passions are fueled as you feed them, and the payoff is the gratification of a job well done. We have to not focus on why we can’t—why transitioning is difficult, and what the challenges are that we face. We have to talk about how we can, and then make a road map to get there.