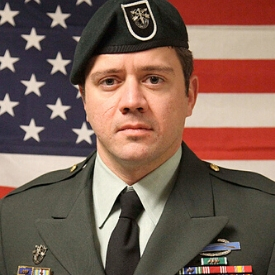 He was assigned to Company A, 2nd Battalion, 5th Special Forces Group (Airborne), Fort Campbell, Ky., and was deployed in support of Operation Enduring Freedom.

Henderson enlisted as an administrative specialist in the U.S. Army in 2000. Upon completion of his initial training, he was assigned to Headquarters and Headquarters Company, 24th Transportation Battalion at Fort Eustis, Va. His next assignment was with U.S. Army Garrison – Japan, Camp Zama, Japan, where he served as the Officer Management Branch NCOIC.

Henderson is survived by his mother and his brother.