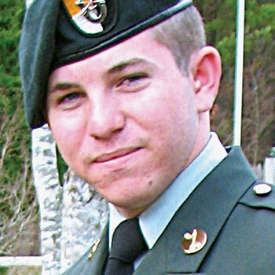 Sgt. Aaron J. Blasjo died May 29 when the vehicle he was traveling in, while on a mounted patrol, struck an improvised explosive device in the Wardak Province, Afghanistan.

He is survived by wife Crystal, son Talon; and parents Daniel and Bobbi Blasjo of Riverside, Ca.