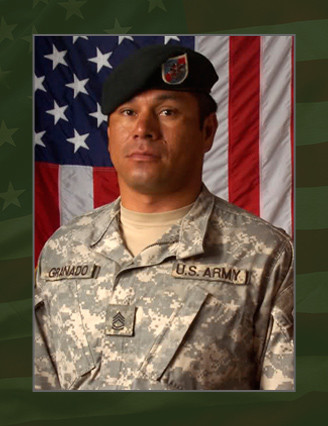 Granado, 42, was killed when a command wire improvised explosive device struck his vehicle while deployed to Afghanistan in support of Operation Enduring Freedom.

Granado, born in Ciudad Acuna, Mexico, enlisted in January 1988 as a 13B, Cannon Crewmember. He later attended the Special Forces Qualification Course, graduating in 2002 as an 18E, Communications NCO and was assigned to 2rd Bn., 20th SFG(A).

Granado is survived by his daughter Amanda and sons, Hasson and Alejandro, who reside in Longview, Texas.