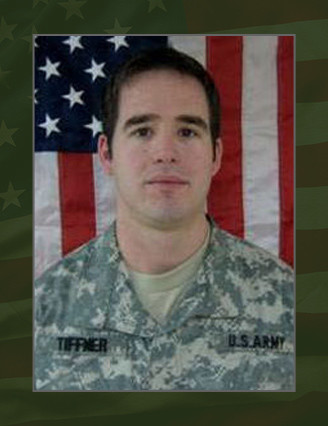 Capt. Benjamin Tiffner, 31, was killed in action when his vehicle encountered an IED in the course of conducting a ground convoy in Baghdad. He was a Special Forces Operational Detachment – Alpha team leader assigned to Company C, 1st Battalion, 5th Special Forces Group (Airborne).

He deployed in support of Operation Iraqi Freedom as a member of the Combined Joint Special Operations Task Force – Arabian Peninsula. This was his second deployment to Iraq in support of the Global War on Terrorism.
Tiffner, a native of Ohio, graduated from the United States Military Academy as an infantry officer in 2000. In 2006 he earned the coveted “Green Beret.”

Tiffner is survived by his parents, Timothy and Judith of Soldotna, Alaska.