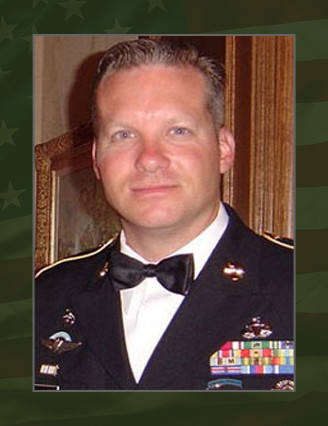 Robinson, a resident of Brandon, Miss., enlisted in the Army in 1987 as a radio operator.

After his Basic Combat Training and Advanced Individual Training, he attended the Basic Airborne Course and the Special Forces Qualification Course to become a Communications Sergeant.

He was also a member of the Mississippi National Guard Counter Drug Task Force from 1992 through 2005, where he served in various positions across the state in support of the war on drugs. Prior to this deployment with 20th SFG (Abn.), he served with the Task Force as the Jackson Operations Ground Team Leader Noncommissioned Officer-In-Charge.

Robinson is survived by his wife, Tamara, daughter, Savannah, and son, Patrick, of Brandon, Miss. His parents, George and Mary, of Madison, Miss., his sister, Denise Schimmel, her husband Jay Schimmel and nieces, Sullivan, Britton and Caroline all of Jackson, Miss. also survive him.