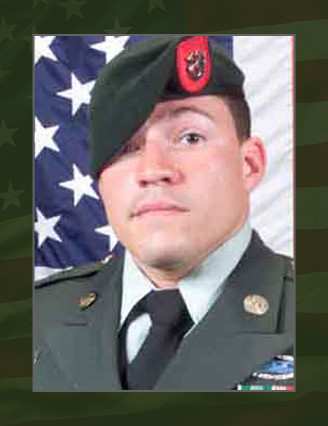 Staff Sgt. Eric Caban was born on March 28, 1978 in Manhattan, N.Y. He joined the Army in September, 1997. After attending Infantry training at Fort Benning, Ga., he was assigned to 3rd Battalion, 75th Ranger Regiment where he served as a sniper platoon member and team leader. In October 2001, he deployed to Afghanistan in support of Operation Enduring Freedom and participated in a combat jump to overtake Kandahar Airfield. He then left active duty to attend college in February 2002.

Due to his patriotism and undeniable calling to serve, Caban returned to active duty in September 2003 and was assigned as a Sniper Instructor at Company C, 2nd Battalion, 29th Infantry Regiment, Fort Benning, Ga.

Caban is survived by his father Efren and mother Iris, and his brothers Efren Caban Jr. and Edwin Caban.