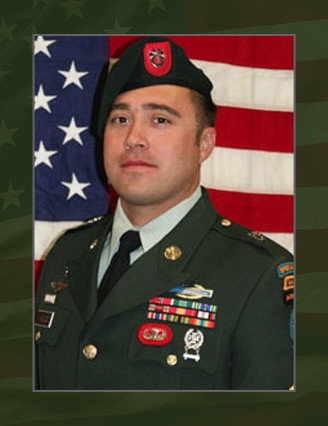 Vasquez, a native of Round Lake, Ill., volunteered for military service and entered the Army in Jan. 2000 as a cavalry scout. After basic and advanced individual training at Fort Knox, Ky., he was assigned to Troop. A, 1st Bn., 17th Cavalry Regiment (Airborne) at Fort Bragg, N.C. He began the Special Forces Qualification Course 2002 and he earned the coveted “Green Beret” in 2004 and was assigned to 1st Bn., 7th SFG(A) at Fort Bragg, N.C., as a Special Forces engineer sergeant.