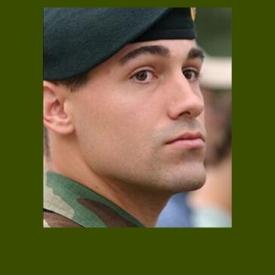 Staff Sgt. Jason L. Brown, 29, was killed in action in the early morning hours on April 17 when he was struck by small-arms fire while conducting combat operations in Sama Village, Iraq. He was a Special Forces engineer sergeant assigned to Company B, 3rd Battalion, 5th Special Forces Group (Airborne).

He was on his second combat tour in support of Operation Iraqi Freedom and the War on Terror with 3rd Bn., 5th SFG(A).

Brown was born in Texas and his military records list his home of record as Magnolia, Texas. He volunteered for military service and enlisted in the Army on March 25, 2003 as a Special Forces candidate. He would go on to earn the coveted “Green Beret” in 2004.

Brown is survived by his daughter, Alyssa Gomez, of Cypress, Texas; mother, Rosemary, and father, James, of Cartwright, Okla.