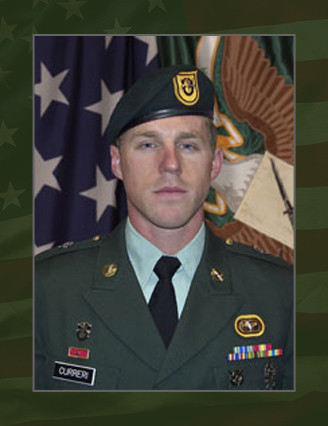 He was deployed in support of Operation Enduring Freedom – Philippines. This was his first deployment in support of the Global War on Terrorism.

Curreri was born and raised in the suburbs of Baltimore. He was a four year varsity letter winner in swimming and founded his high school water polo team. Upon graduation from high school, Curreri attended the University of Southern California. While at USC he earned a Bachelor of Arts in History, was a fouryear varsity letter winner in swimming, and was the captain of the Trojans swim team during his senior year. Additionally, he served as the Executive Vice President of USC’s StudentAthlete Academic Council in 2000-2001. After graduating from USC, Curreri worked as a history tutor, swim coach, and recruiting coordinator for a recruiting agency in El Segundo, Calif.