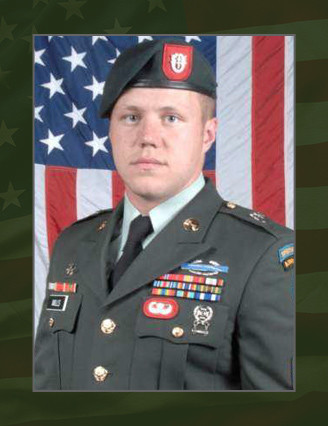 Staff Sgt. Joshua M. Mills, 24, died on Sept. 16, after his vehicle was struck by an improvised explosive device, while conducting a mounted patrol in the Afghan city of Ghur Ghuri, in support of combat operations while serving with, Company A, 3rd Battalion, 7th Special Forces Group (Airborne).

He deployed in support of Operation Enduring Freedom August 2009 as a member of the Combined Joint Special Operations Task Force – Afghanistan. He was a Special Forces communications sergeant with his unit at Fort Bragg, N.C.

Mills, a native of El Paso, Texas, enlisted into the Army in 2005 as a Special Forces candidate. He attended the Special Forces Qualification Course in March of 2005 and earned the coveted “Green Beret.” He was then assigned to 3rd Bn., 7th SFG (A).

Mills is survived by his wife, Magen, and son, Malaki, of Raeford, N.C.; mother Celeste, and father Tommy, of El Paso, Texas.