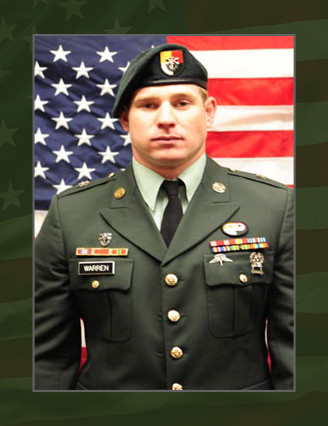 He deployed in support of Operation Enduring Freedom in July 2010 as a member of the Combined Joint Special Operations Task Force – Afghanistan. This was his second deployment.
Warren, a native of Huntington Beach, Calif., volunteered for military service and entered the Army in October 2004 as a Special Forces trainee.