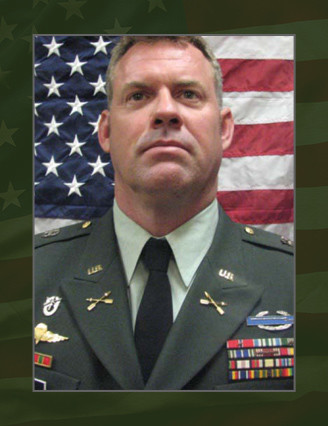 He was assigned to Company A, 1st Battalion, 3rd Special Forces Group (Airborne), Fort Bragg, N.C., and was deployed in support of Operation Enduring Freedom.

Duskin enlisted as a forward observer in the U.S. Army in 1993. After completion of his initial training, to include the U.S. Army Airborne School, he was assigned to the 3rd Bn., 75th Ranger Regiment. After serving three years with the 75th Ranger Regt., Duskin left active duty and later joined the Florida National Guard. He attended the Special Forces Assessment and Selection Course and graduated from the Special Forces Qualification Course in August 1998. Upon graduation, he was assigned to the 3rd Bn., 20th SFG (A) as a Special Forces engineer sergeant.

In 2001, Duskin was mobilized to active duty and deployed with the 2nd Bn., 3rd SFG (A). After the deployment he returned to active duty and remained a member of the unit. He served with the 2nd Bn. for more than five years, deploying four additional times, before being assigned to the U.S. Army John F. Kennedy Special Warfare Center and School as an instructor. While serving as an instructor, he attended the Special Forces Warrant Officer Technical and Tactical Certification Course, graduating in May 2010. He was then assigned to the 1st Bn., 3rd SFG(A) as an assistant detachment commander in Company A. This was his second deployment to Afghanistan in that position.

He is survived by his wife, three children, sister and parents.