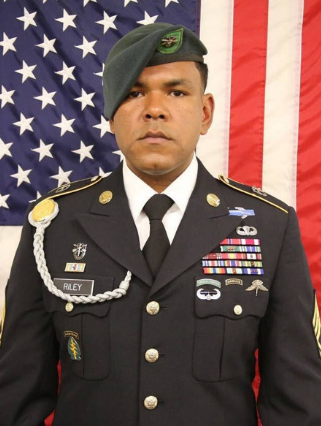 He was deployed in support of Operation Freedom Sentinel serving in Uruzgan Province on his sixth deployment to Afghanistan.

Riley was born Dec. 6, 1986, in Germany. He joined the U.S. Army in March 2006. After completing basic combat training and airborne school, he was assigned to the 112th Special Operations Command Europe Signal Detachment. He completed the Special Forces Qualification Course in 2012 and was assigned to 10th SFG (A).