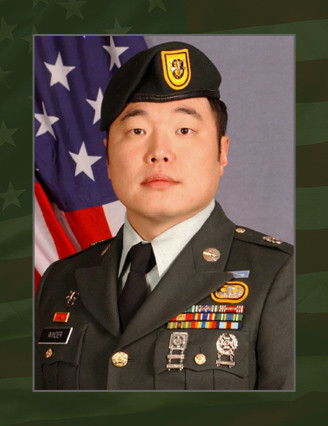 Winder died June 26, 2007, from wounds sustained while conducting combat operations outside of Diwaniyah, Iraq. He was killed by small arms fire while assisting another U.S. Army element as a member of a U.S. Special Forces Quick Reaction Force.

In 2003, he was selected to attend the Special Forces Qualification Course at Fort Bragg, N.C., to become a Special Forces medic. He earned the coveted Green Beret in 2006 and was assigned to the 1st Special Forces Group (Airborne) at Fort Lewis.

Winder is survived by his wife, Mechelle, of South Africa, and his son, Logan, of Herkimer, N.Y. He is also survived by his parents, Tom and Terri Winder of Blanding, Utah.