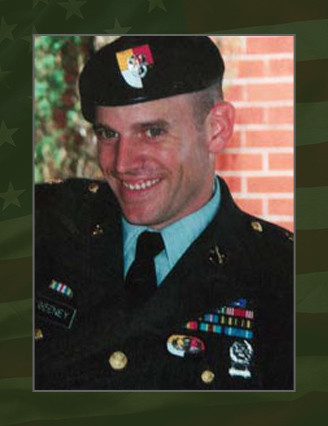 He was killed Oct. 30, 2003 when his unit was ambushed while on patrol north of Musa, Qalax in Afghanistan.

Sweeney was a native of Lakeville, Pa., and joined the Army in July 1991.

Before joining Special Forces, Sweeney was assigned as a Bradley fighting vehicle crewmember at Fort Lewis, Wash., camps Casey and Humphreys in the Republic of Korea and Fort Hood, Texas.

Sweeney is survived by his wife, Kristen, and two sons, Ryan and Sean. His father, Thomas Sweeney, lives in Kissimmee, Fla., and his mother, Janet Bowen, resides in Lakeville, Pa.