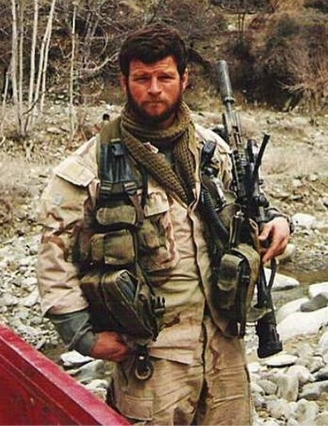 Horrigan enlisted in the Army as an infantryman in May 1984. He served with various units to include the 75th Ranger Regiment, Fort Benning, Ga. After a brief separation from active duty, he reenlisted and was assigned to the 5th Ranger Training Battalion serving as a team leader and Ranger instructor. In February 1991, he volunteered for Special Forces and graduated from the Special Forces Qualification Course in September 1991. Horrigan was then assigned to the 1st Battalion, 7th Special Forces Group (Airborne), where he served as a senior Special Forces weapons sergeant.

Upon his graduation from Ranger School in 1985, Horrigan was awarded the Merrill’s Marauder Award.

He competed in the 1987 Best Ranger Competition at Fort Benning, Ga., where he placed second.

Horrigan is survived by his wife Denise, his daughter Courtney, his mother Mary, his sister Lisa Shine, his twin brother John and brother Daniel.