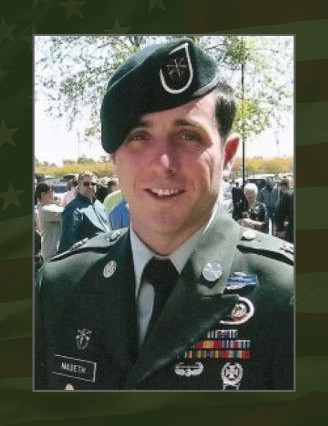 He deployed in support of Operation Iraqi Freedom in 2007 as a member of the Combined Joint Special Operation Task Force Arabian Peninsula. This was his second deployment to Iraq in support of the Global War on Terror.

Maseth, a native of Pittsburg, Pennsylvania, volunteered for military service and enlisted into the Army in June 2001 as an infantryman. In 2007 he earned the coveted “Green Beret.”

Maseth is survived by his mother Cheryl A. Harris, of Cranberry Township; father, Douglas, and brothers,’ Brandon and Adam, all of Allison Park, Pa.