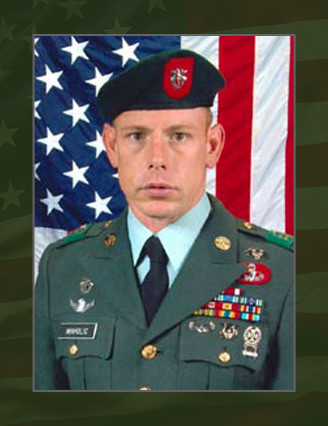 Maholic, a native of Bradford, Pa., enlisted as an infantryman in 1991. His first assignment was with the Pennsylvania National Guard where he was an infantryman for five years. In July of 1991, he transitioned to active duty and was assigned to the 1st Battalion, 508th Infantry Battalion at Fort Kobbe, Panama where he served for two years. In 1993, he volunteered to become a Special Forces Soldier.

Maholic graduated from the Special Forces Qualification Course in 1995 and was assigned 1st Bn., 7th SFG, as a Special Forces medical sergeant. In 2003, after serving more than seven years in 7th SFG, he was assigned to the U.S. Army John F. Kennedy Special Warfare Center and School at Fort Bragg, N.C., where he served as an Advanced Noncommissioned Officer Course instructor. In April 2005, Maholic was assigned to 2nd Bn., 7th SFG and served there as an Operational Detachment – Alpha team sergeant until his death.