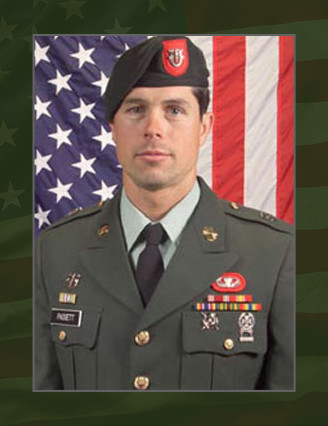 Padgett was killed May 8 when a combat patrol he was supporting was attached by enemy fighters near Helmand Province, Afghanistan. He died of wounds sustained during the firefight.

He deployed in support of Operation Enduring Freedom in March 2007.

Born in Geneva, Ala., and raised in Defuniak Springs, Fla., Padgett enlisted in the Army March 14, 2003, as a Special Forces candidate. After completing basic and advanced individual training and airborne training at Fort Benning, Ga., he was assigned to Fort Bragg, N.C., for further training. Upon completion of the Special Forces Qualification Course in 2006, he was assigned to 7th SFG (A).